Congratulations. We did it. We’re passing the start line for another year. I think we all deserve a certificate. Maybe even a rosette.

I won’t say 2021 has been fun, but there have been some good moments, which compared to 2020 says a lot. It was a year of consolidation for me, and yes, that’s as unexciting as it sounds. I’ll keep this brief as I promised I wouldn’t blog until I had finished my book… that was five years ago now.

The last decade has been a difficult time for me, but I write that knowing a lot of people had it far worse, and I have many blessings to counter what I went through. I’ll say for now, I felt down, and leave it at that. I’ll write more another time. When I know how best to. Nothing I went through is different or more unusual than what millions around the world go through every day and although people share deeply personal information on social media as a matter of course these days, and terms such as depression, anxiety, melancholy get thrown around so easily, it’s difficult to appreciate what the reality of negative thoughts can be. That’s why it’s important for me to consider how to approach the subject. Maybe I’ll decide to share my feelings in another form, maybe through a character in a short story. And maybe I won’t at all! I don’t know yet.

Back to the book - why has it taken me so long?

Let’s not hold back here. I’m not very good. There’s nothing self-deprecating about that. I feel I’m better than when I started, and that’s positive, but I’m under no delusions. I don’t believe I have a unique voice or a more creative storytelling ability than the most average of writers, but ultimately it comes down to writing being the only thing I remember ever wanting to do, and regardless of outcome, it is the process and the work that is meaningful. We’re all wired to have a sense of achievement when we complete a task, and even if what I write isn’t great, as long as it doesn’t stink to high Heaven, I feel a sense of achievement. That’s really the only motivation I have - in the sense of fulfilling the potential of my inner self. I’m talking about that thing inside that makes you, you, and me, me. Regardless of whatever happens in my life, the circumstances by which I survive the world like everybody else, at the end of my time I want to see a handful of novels with my name on the cover. And I’m not talking about being published. I don’t feel I’m good enough to be published and I don’t feel bad saying that. Maybe I will be one day, who knows, but I’m not pretending to myself. If I put in the hours and produce something that reaches the level I am capable of, I feel that’s enough for now. And the last couple of years have reminded me that’s all I have to worry about. Life is hard enough as it is without setting myself up to failure with unrealistic expectations. A friend told me last year that simply getting through the day is a cause for celebration. That’s now my motto.

·      I have scraped entire sections and secondary storylines because I tried to include too much - it was overkill and should have been separate stories.

·      I repeated myself so many times it’s hard to believe I didn’t have medically registered memory loss.

·      My first complete start to finish draft was only completed at the end of November.

·      Overall, it is the story I wanted to tell when I first had the idea so I’m pleased.

·      I have an understanding of the discipline, isolation, and grind needed to complete long works. The experience gained by attempting this has been worth it.

When it is finished and I’ve gone through the formal submission process (again, not to be defeatist, but facing life as it is - I’m not expecting this to be published - at some stage I will self-publish it) I’ll write an in-depth blog post on the lessons I have learned. There are some obvious ones, such as the importance of using editing software, but I’ll take it step by step. I do believe that the only way to learn, is to do, and that’s why I’m not worried about the fact it has taken me 5 years. I have taken a great deal from the process, and even if it doesn’t show in this work, I hope it will in my next book.

P.S - I have a title that everyone is going to hate. I think the 5 years was worth it just for that.

I wish you the best for the year ahead. I’m very sorry if you or your loved ones experienced trauma from this wretched 2020. Without my friends and family I don’t know how I would have made it through. I have relied on so many people I can’t put into words how grateful I am. I’m thinking of everyone who is lonely and suffering – reach out for help. I’m leaving book stuff for another time. Let’s support each other the best we can in 2021.

A month late but Happy New Year and all the best for 2020. January was a busy one for me. I’m annoyed at myself for not setting aside two minutes to do this earlier but better late than never. I remember eating Christmas dinner, then after undergoing a minor operation and dealing with a mix of work and personal issues it’s already February. I’m used to how fast time goes, but still, this seems ridiculous. I’ve gone back and forth all day on how much to write and as I can’t decide I think that means I should keep it brief. I didn’t make my first draft deadline during 2019 but I’m not overly disappointed, I’m disappointed for sure, just not too much… I put some good hours in and let’s face it, I didn’t give up, so that’s something. I’m on track to get the first draft completed before the end of March but I am very aware that calling it a first draft is really a lie, it will have a complete block of text that stretches from the beginning of the story to the end, so perhaps technically I can get away with it, however there is a lot of work to do, and I’m not in any doubt that it may take me until the end of the year to polish it to the level required, and this being the 1st of February, that is more than a little frustrating, but like my last post a year ago, it’s all down to me, if I put the hours in it will get done, if I don’t then, well, you do the math. I’m sticking to my guns and will not be taking part in any social media stuff, this will be my only online activity until I finish the book, it’s the only thing that matters to me, and the only thing that should be taking up my time. I’m enjoying it, I’m learning a lot, and I’m itching to start my second novel, having gained huge insights into what-not-to-do while writing this one. My commitment is still there, and my realism is as pessimistic as it has always been, which I consider a good thing. I’m doing this for myself with zero expectations, the personal satisfaction of achieving this challenge is all I want and need. I don’t think this book will be any good, but I don’t regret it, I have taken a lot from the process and it’s made me think much clearer about how and why I write and, in that sense, it will be a success. It will have put me on my marks for starting the second book in a much more confident and disciplined manner. So, again, this post is to make sure I notch up a little (1) by the year 2020 tab and prove my existence, and the next time I write I really hope it is to say that I have finished my novel and not to wish you all a happy new year for 2021…

If anyone does read this then please do still follow me on my social media platforms as I’ve not gone full druid in the woods yet, that’s still a few years away (I realise my social media sites, and my websites, are as stale as any cheese you’ve kept from New Year’s but I will be refreshing them at some point) I’ll be back online once this has been completed and look forward to sharing my news, and of course, my book, with you.

Thank you for reading and for your support.

I wish you every success in this new decade. 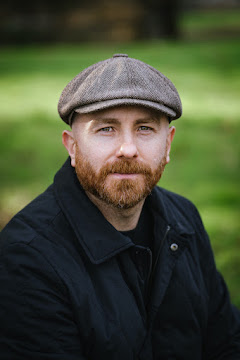 Dear all, if you would like to purchase any of my short story ebooks (they are all priced at the equivalent of £0.99/$0.99) then I have listed the Amazon links below but if you have another ereader you can go to my website: www.rgrankine.com and find the links for Nook, Apple, Google and Kobo. Thank you. Enjoy the blog :)

Dear all, please note that I don’t check the links on my blogrolls that often so there may be some out of date or not working. I’ll do my best to remove or update when I can. I am not responsible for any of the websites that are linked below, they are for your reference and interest only and I take no liability for their services. If you would like your website listed below then please feel free to email me the details and I’ll add them. Thank you.